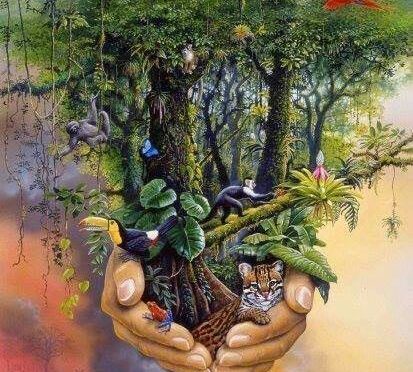 Dear readers, welcome to the New Year which will be one that holds surprises and change. Much is going to be exposed during this coming year and some of it will shock you. Most of you have already intuited many areas of change but some things will come as a surprise.
​
Be not afraid or concerned dear ones, when familiar beliefs, traditions, and ways of going about your life no longer feel as important and fail to resonate as they once did. This simply means that your energy has shifted to a new resonance, causing you now to be out of energetic alignment with much you have always accepted as a part of your life. Preferences for food, clothing, employment, entertainment, and most outer activities will change, sometimes profoundly and sometimes just a little. You may find yourself being drawn more to silence and aloneness rather than to many of the outer activities you previously enjoyed.
​
Because everyone is an individual expression of Divine Consciousness, the journey that is necessary for this to become an actual attained state of consciousness never ceases. The spiritual evolutionary journey takes place over many lifetimes and includes whatever experiences are necessary to bring each individual to where they are open, prepared, and ready to embrace the higher dimensional realities of who and what they are.
​
Evolution does not stop when a person awakens out of the third dimensional belief system, that is just the beginning. The third dimension is the bottom rung of a very high dimensional ladder and evolution continues infinitely through these higher dimensions. God is infinite and an infinite God simply cannot be understood with the finite limited human mind although many attempt it and many others think they have succeeded. God reveals ITself as an individual is prepared and ready. You have all gotten revelations that seem to come out of nowhere but did they really come from nowhere?
​
Ascension is nothing more than the expansion of consciousness through the integration of truth which then automatically dissolves the false and becomes a person’s state of consciousness. Because there is only ONE Consciousness, every individualization of this ONE Consciousness is already a full and complete but when a person does not understand this they continue to create and live in a world of illusion, experiencing the various forms of duality and separation they have ignorantly created. The spiritual journey is the process of peeling away the impersonal and false debris that every person in ignorance has over the course of many lifetimes allowed accumulate in consciousness..
​
Once a deeper fuller realization of truth takes place it does not mean you then leave your ordinary life behind, but rather means that because you now understand and have integrated the higher truths regarding yourself and the world, you can live in the world but not be of it. A higher state of consciousness automatically responds to the world in higher ways because consciousness is what you are. You serve the Light and assist with the earth’s ascension process simply by being who you are.
​
There is no need to continually struggle with attempts and activities designed to to express love to someone or something as many religions teach. Your consciousness of ONEness and recognition of the already present Light within every person serves to automatically bring love into every situation. This is Lightwork, which is what you came to do. There will be occasions where some action is required, but in general the higher sense of Lightwork is that of no struggle, no looking to save, heal, or fix the error you see around you but rather simply holding firm to truth and bearing witness to the Divine Reality that is ever present even when it doesn’t look that way.
​
Even those who choose to remain in old energy feel the resonance of the higher dimensional frequencies of Light you carry in consciousness. Some may dislike you for it even though most don’t understand their reaction. Others will be drawn to this higher energy but do not let either response concern you because you have already or are close to graduating beyond seeking validation from people, places, or anything outside of you.

​
You may have noticed that increasingly more people seem to be involved in helping others. Often it is on a very basic level and through some rigidly structured group but it represents a first step toward awakening into a consciousness of oneness which is how evolution works, one step at a time.
​
Those who are stuck in old energy and refuse to budge preferring to hold fast to obsolete ideas of separation and duality, war, greed, and self serving will gradually find their positions becoming increasingly difficult to maintain as the world changes around them. There are many struggling to hold on to power in the belief that personal power keeps them safe and supplied. Anything formed from beliefs of duality and separation have no law to hold them in place, only a belief in them and as these beliefs diminish, so do their outer forms.
​
Meditate often, resting in the true nature of your being even as you go about your day. Mediation for some is seen as another means of begging some concept of god for what the person believes they do not have and need. Never go into meditation with the idea of attaining something you believe you do not have for this will simply strengthen the belief of separation. Rather let your mediation be a resting in the silent awareness of “I have because I AM”. Mediation is simply allowing yourself to rest in the realization of oneness with God.

​
It is normal and natural for extraneous thoughts to float through when mediating. Never go into angry resistance or believe you can’t meditate because this happens. Just allow the thoughts to float through without giving them attention or power while continuing to focus on a silent awareness of oneness. Do not look for lights and voices and experiences you may have read or heard others talk about for this will limit your own personal experience and can actually be self created. It may seem to you that nothing happens when you meditate, but know that whenever anyone goes within with the intention of resting in “I AM” something always happens on the deeper levels.

​
As a person evolves they begin to live meditation and the need for structured sitting meditations become less. The state you sought through meditation simply becomes your state of consciousness, always with you as you go about your work, interactions, fun, and whatever. It is simply a matter of keeping one tiny bit of awareness always tuned within and aware of Divine reality which in turn allows you to easily recognize the Divinity of others even those who may be unpleasant or rigid in their negative beliefs.
​
The whole purpose of choosing to be on earth in these unusual and intense times is to assist a sleeping world awaken to their true nature, to the fact that God is not an old man in the sky as so many have been taught but rather is Omnipresent Consciousness which in turn makes everything seen, heard, tasted, touched, and smelled on the third dimensional level a material concept of Reality.

​
The world you know seems very real. You experience pain, lack, and limitation in many forms. In ignorance over the course of many, many lifetimes everyone has accumulated and stored dense energy that continues to express outwardly but is presently clearing from your physical, emotional, and mental bodies. As long as human consciousness continues to believe that the third dimension is the only reality, they will continue to manifest it as their personal and global reality.

​
Every person is a creator, a God Being creating his or her world from the substance of their consciousness, a consciousness that in reality is Divine/God/ Consciousness but over time has become conditioned and clouded over by beliefs of good and evil, separation, and two powers.
​
This may cause you to ask why some very kind and loving people have many problems. It is because they are still creating from a three dimensional state of consciousness. There is no unexpressed consciousness. Never are troubles or suffering personal but rather these things exist as expressions of an impersonal universal belief system of separation that individuals have ignorantly allowed to be their state of consciousness. The human/material sense of good is just as illusory as the human sense of bad. They are simply the two ends of the hypnotism stick.
​
Present times are difficult for everyone, the spiritually awake as well as those who are not. Everyone is feeling the intensity of earth’s energy at this time. High frequency Light energies from the higher dimensions are stirring up and exposing pockets of dark energy that have lain hidden and often disguised as ordinary people, places, or things. All will eventually be exposed and dissolve into the nothingness that they are formed of.
​
Do not sit back waiting for this or that to happen or praying for some particular event to take place. The Divine Plan has been activated and is unfolding as it must for the highest and best good of all. Your job is to hold the Light of truth while trusting that all is proceeding according to plan personally and globally which means accepting that in spite of appearances the reality is that everything is already perfect and whole.
​
We know that you are tired. Try not to compare present times to the past, longing for things to go back to the way they were. The past is complete having served to bring the world to where it is now ready for the new and higher. You are in the midst of a massive consciousness shift.

​
Creations formed from higher states of consciousness can only be better than those formed from the lower resonances of the past.