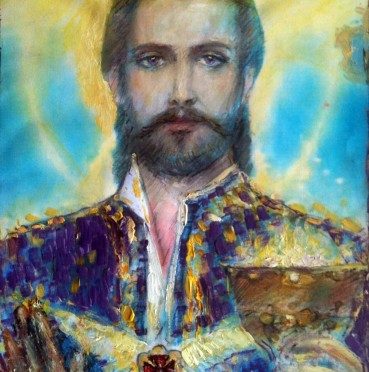 I stumbled onto this message in a book that I scratched down really fast and I believe it’s definitely worth a greater look.

“Inherent in this current system is the tenet that others are flawed, and that you are flawed therefore you can be hurt by others.

Only when you believe in this false system can you be hurt.

When you believe that all, including yourself, are perfect, then nobody can be hurt.”

Today I came across this wonderful message again and I asked who had channeled it to me because the messenger was anonymous at that time. Turns out it was St Germain, so let’s ask him to expand upon this.

Do it today. Do it tomorrow. Just do it for a short time and build upon the last day. It will come easier the more you practise.

Me: Like next time you have thanksgiving or christmas dinner and you have that one relative that just irks you whenever they open their mouths. I remember for me it was my father. He embarrassed me every time we had company. I didn’t want to be associated with him, yet I was his daughter.
StG: Aha!
Me: My brother’s Christian inlaws would listen to my father and just nod their heads. He didn’t bother them. They simply just listened and gave him the ear he wanted. I was the one who looked like the ogre for trying to change him. Now I look back and I know if that were me now, I would do it differently. I might have to take a break now and then from him because he could be overwhelming, especially when he had an audience, but I wouldn’t assault him verbally for what he was saying. They were a good example for me to see. They’ve always been like that, and he is forever grateful for me for suggesting he read a book about bad backs, because he read the book, put into practise what this man said and he’s never had a back problem again. Tells me he has some higher energies he’s using.
StG: Yes. So you learned.
Me: I did. Attacking people because you think they’re flawed just isn’t worth it. It’s harder with your parents because you always wish they would be the people who you could respect and be proud of, but frankly I learned this lesson too: Sometimes the parents you couldn’t feel that way about had more to teach you than the ones you would’ve wanted.
StG: Aha! Another life lesson learned.
Me: Would I have wanted other parents? Yes, probably but without having endured what they did to me, I wouldn’t be who I am now. I wouldn’t have walked this path. I needed them to help wake me up and they needed me because I cleared out their bloodlines of a lot of bad energy.
StG: So wise. You understand life.
Me: Ivo taught us all. It’s metaphysics and it just goes to show there’s a lot more going on than meets the eye.
StG: Indeed! So you say, you would not have learned these lessons without parents like yours, so now you have a reason to be grateful for them, and to have compassion for their plight.
Me: Yes. I still can’t figure out why people who have such severe issues would have children, because I didn’t. I knew I would only be harming another generation, so I didn’t have children.
StG: You sensed it was your task to heal yourself and you sacrificed a normal life on earth in order to do so.
Me: Yes, I guess you could say that.
StG: You are the queen of understatement.
Me: Maybe, at times. I think what people have to do is take the three people who have treated them the worst and they can’t stand, and look at what they’ve taught them and how they’ve turned out better because of what these people did to them. I have a long list, starting with my parents and still just people who I kicked off my fb page this past week I could add to it. People who need healing believe that they need someone nice to help them, but it’s really up to yourself. I’m glad I have Ivo because he’s a gem and he’s been there for me for the last six years. He gives me the love I looked for here on earth but couldn’t find.
StG: And you can appreciate him more because you learned through all those people who could not love you.
Me: Yes.
StG: You are wise, indeed, Sharon.
Me: Thank you.
StG: All is for learning. All people are here to help earth to ascend. It is a perfect plan being executed perfectly. In God’s world, nothing else can be.
Me: Thank you, St Germain.
StG: I bid you adieu.